Pisa city is located in Tuscany, Central Italy. Pisa is the capital of Province of Pisa. The city of Pisa is known as the leaning tower; there are more than 20 historic churches and also many ancient bridges which are situated on the River Arno. The city also houses the famous University of Pisa which has been built in the 12th century. Pisa has a Mediterranean climate.

The Pisa sightseeing is the best opportunity for those who want to take a short break. The city is known for its culture, historic buildings and also the cuisine. There is so much of heritage to see in this city that one should decide to city atleast once. Every place in Pisa has a story to narrate and one will be mesmerized by the beauty of the city.

There are so many places to see in Pisa that one would feel that the time is less to go around at all the places. 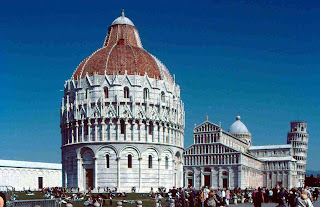 To start with one should first visit the great city at Baptistery also known as Battistero. This is also one of the largest baptistery in Italy. This was built way back in the 12th century. This monument is also one of the landmarks in the European history. The baptistery is round in shape and made by the famous Deotisalvi. The circumference of the monument is approximately 348 feet. The lower part of the drum is built in Roman style and the upper part of the monument is built in Gothic style. The baptistery is known for their huge dome. 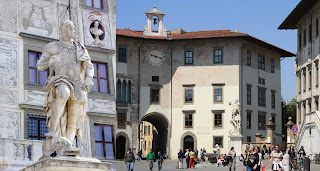 The next popular attraction is the piazza dei Cavalieri in the list of Pisa tourist attractions places to visit. This monument was designed by Giorgio Vasari in the year of 1560. This monument is also considered as one of the most important piazzas of Pisa. The open space of the Piazza was curved takes you right upto the famous Church of Santo Stefano dei Cavalieri in Pisa. This seat was earlier of the Knights of St. Stephen. This group of soldiers was very religious who were responsible to protect the city from the invasion of Turks. 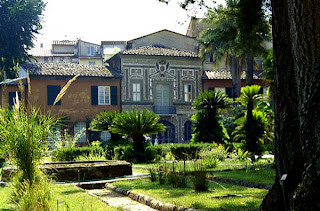 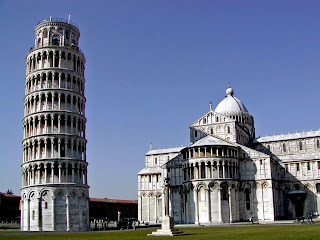 The Pisa sightseeing is never complete without visiting the Leaning tower also known as (Torre Pendente). There are hundreds of tourists who are coming to just watch the Leaning tower of Pisa. It is also known as the bell tower of the Pisa Cathedral. Since it is built on sand foundation it has been leaning over a period of time and climbing of the stairs of this monument is a wonderful experience.

When you plan to visit Pisa make sure that you book your trip through Joguru.com. They are the best travel planners who help you to plan your hotel, sight-seeing and all other facilities.
Labels: Pisa City Attractions Pisa Tourist Information Pisa Travel Guide Things To Do In Pisa What To Do In Pisa 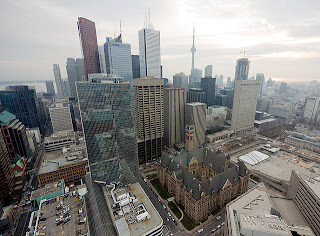 Toronto, Canada Things To Do and Point of Interest